America for the First Time

I first set foot on American soil back in 1992. My college friend, Rachel, and I landed in San Francisco on the final leg of our 6-month round the world backpacking tour. Lots of Brits do this kind of trip after graduating. A kind of “do exactly what you want for six more months before taking the real world by storm” experience. We had traveled through South-East Asia, Australia and New Zealand and had some incredible experiences, but America held a certain fascination for me and I was excited to get here. 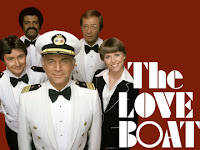 Growing up in England back in the 80s, we were fed a steady diet of American TV shows. Watching everything from “The Love Boat”, “Hart to Hart”, “Dallas” and “Dynasty” to “Kojak” and “Columbo”, at some point you felt like you “knew” America. The way the actors would strut around these world-famous cities sipping coffee out of paper cups, throwing letters in those unusually-shaped, blue mail boxes and eating Chinese food out of those cute little cardboard containers, there was a familiarity to the whole place. And then you get here and realize that it is all real and not just in the movies and on TV, and that is a weird feeling. The sights, the sounds, the hustle, the bustle, the Golden Gate Bridge emerging out of the fog in the bay, we were overwhelmed.
And then as we parked our rental car we heard a police officer shout down to a guy with a truck, “Hey dude, can you move your car!” He called him Dude! We were laughing as if we really had landed on a movie set.

We went to the supermarket – or grocery store – to buy some provisions, and sure enough walked out with two brown paper bags, with no handles, filled with food, just like they do on TV. Although, now having lived in the US for 17 years, I realized you cannot balance two loaded paper grocery bags in you arms in the cool, nonchalant way they do on TV. They probably just have a box of cereal in there or a bag of crisps, not a weeks worth of groceries! I’ve had more ripped bags than I care to mention!

As we headed off on our adventure through California and the West, we quite quickly realized we had a problem. What the heck do we do at these crazy 4-way intersections? Why are there no traffic lights? How do we know when we should go? Isn’t this a scene in a Steve Martin film? After a couple of near misses, we decided we’d better ask someone before we got in a major accident. So at the checkout during another supermarket visit, we coyly asked the cashier what the deal was! She must have thought we had landed from another planet – which it kind of felt like we had. When we learned that these 4-way stops are a first-come, first-served kind of system we felt safe to go on our way.

As we headed out of the city though and made our way down the famous Pacific Coast Highway, traveled through Arizona, went to the Grand Canyon, drove the sweltering heat of Death Valley in June and hiked through Yosemite, I realized that there is also so much more to America than what you see on TV. The vast, stunning vistas, open spaces and spectacular natural scenery cannot be fully captured on screen. To see it in person is a unique, rewarding experience.

We did loose track of the number of times someone said, “Gee, I like your accent!” We would smile politely and say, “Yes, we are from England.” It was all part of the experience.

In 1992 I never could have imagined that I would end up living in New England. How many books had I read featuring beautiful New England in the fall, historic Boston and the Eastern Seaboard? But this is my life now. And people still say, “I love your accent.” My husband and I hold dear to our English heritage and traditions, and we are fortunate to get back to visit family almost every year, but now we call Massachusetts home.